The great grain debate – the love version
Previous Next

On a recent trip to the beautiful South Africa, I was reading the in-flight print magazine (yes, print publications do still exist, even if only when thousands of feet in the air where wifi capabilities are still limited) and I came across this article titled “The Grain Debate.”

“Oh no, here we go”, was my first thought, “even far away from Australia, I cannot escape the anti-grain brigade!” However, as I started to read, I was absorbed into a wonderful story about a love for bread, narrated by Fritz Schoon, the owner of a bakery in Stellenbosch South Africa, Schoon de Companje, where grains are milled in whole and sprouted for maximum nutrition and flavour.

Fritz had me absorbed with his three word opening line – “I love bread”,  a mantra I can very much relate to. But what really surprised me, was the article content, focusing on the many positive nutritional aspects of grain and bread, rather than trying to defend the negative perceptions that have become way too common.

This got me thinking about the “power of the positive” when it comes to communicating nutrition messages.

I was not surprised when touring through the beautiful food regions of South Africa, that I continued to come across local food producers appealing to the “Banting Diet” masses (The South African version of the Paleo Diet),  such as this sign at a local farmers market. 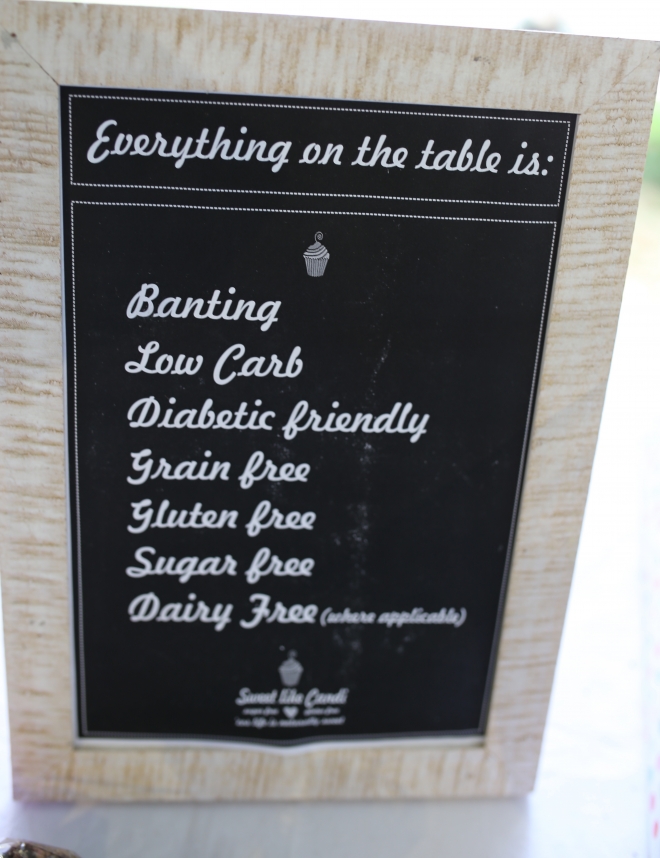 There were a few foodies that had jumped aboard the anti-bread wagon, but were offering up such amazing alternatives that the positivity exceeded any negativity associated with grains, such as this delicious sexy bun-less chickpea burger I devoured at the Oranjezicht Farmer’s Market. 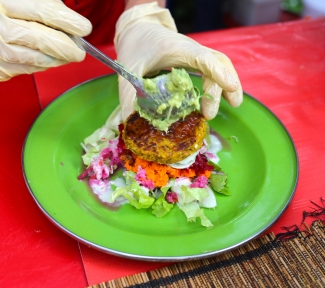 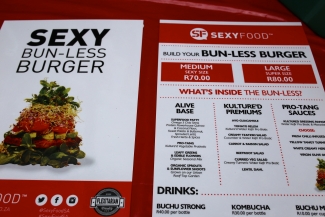 But by far the most powerful impact, was seeing wholesome, freshly-baked bread in all it’s glory! 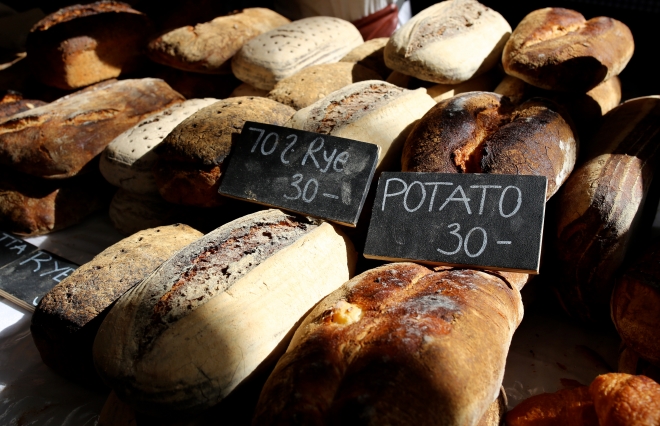 Dietitians and accredited nutrition experts have the skills and know-how to communicate positive health and nutrition messages. Never before has the oyster of the world been as wide open to these opportunities as today, where social media and digital technology has allowed us the speaker’s platforms to spread this message wide and far.

If Fritz, a local artisan baker with a responsible desire to bring back the love of grain, we, dietitians, nutritionists and foodies galore, can do the same and so much more.

So my message is to bring back the love. Let’s not spend time arguing with the extremists or defending negative perceptions. Let’s focus on the the good, as there sure is so much of it when it comes to the world of nutrition.

As Fritz so aptly concluded with his story, “We will do all this because we have understood the responsibility of feeding people. Love is not a spoken word, it is an action.”

You can read “The Grain Debate” in it’s entirety, thanks to Mango Airlines and the Juice in-flight magazine.